Ronda Rousey lost to Holly Holm in a knockout match at UFC 193 on Saturday in Australia in the 135 pound category. On her return to Los Angeles, she covered her face with a pillow as she left the airport with a bunch of media people at her back as she was huddled into her black SUV. During the KO Rousey had her lips split into half and she was rushed to the hospital informed UFC president Dana White. Rousey will be on medical suspension for six months though she can return to the rings once the doctors clear.

Ronda Rousey’s coach Justin Flores said that the loss is still fresh in his mind. It was a one off day, he told MMAjunkie. Since the loss to Holly Holm, Rousey has been under fire from fans and media. All her accomplishments have become worthless, and this one loss seems to reign supreme despite being a UFC titleholder and Strikeforce. Flores is coaching Rousey since 11, and he says that all the media acquisitions are undermining her achievements. He stated that everyone knows that she is a talented athlete, and that was simply not her day.

He affirmed that he would help Rousey in all possible way. The performance was not to her standards he informed. Since the defeat, Flores watched the match more than 50 times and felt that there are a lot of factors that got the final result. Applauding Holly on her efforts, Flores also added that Rousey had a busy season with three fights in nine months. She also had to travel to Australia and Brazil to promote her fights at UFCs. 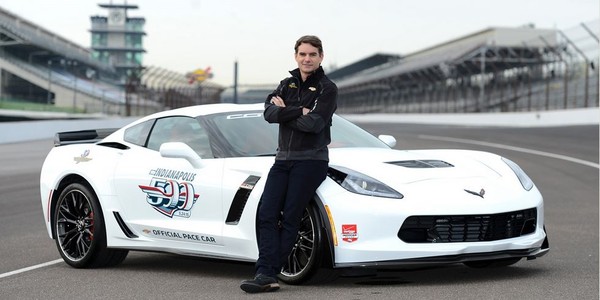 After the race at Homestead-Miami Speedway, it is a very tough time for Jeff’s fans as it is the last time he is driving for the Sprint Cup Series car. He had a fantastic career for 23 years, and now it is a very difficult time for his fans to decide who they are going to cheer and follow from now on. In fact, Jeff has a generation of fans. Many fans feel that they are now at a crossroad, and it is not easy to decide the direction as they have been following Jeff for decades.

Around 94 individual interviews were conducted in person with the various fans of Jeff and most of them answered that they are not sure about what they are going to do in the future when it comes to choosing their new icon. They also added that it is not easy to replace their four-time champion. In fact around 44 % of the fans were not having any other player in their mind who can replace their favorite. So, the place will be void in their heart. Some fans are searching for a young driver, who might take the place of Jeff so that the next season will be interesting to watch. But it is not easy to get the attention of the Jeff’s fans so easily as their expectation levels are very high.

In fact, many people openly accept that it is impossible to replace Jeff as he is the best. In fact, the success and the personality of Jeff are the two prime reasons that attracted many new fans for racing. The perception about NASCAR was totally changed with the advent of Jeff in the sport. In fact, it became a national power. With his retirement, many of his fans lack direction. Chase Elliott is the person who is having the bright chances to replace Jeff in car number 24.

Johnny Manziel has got his opportunity to prove his worth in Cleveland Browns. The match played by him against Pittsburgh Steelers clearly showed the progress made by him and it is the right time to give an opportunity in order to prove his talent, stated the team coach. Manziel will be appointed as the starting quarterback for the team in the remaining season. The coach also added that it is time to see the results of the investment that is made on Manziel, and this will show the capability of the player very clearly.

So, the message is very clear i.e. Manziel has to prove his worth to the coach and other team authorities through the opportunity that has been offered to him now. Many people might think that Josh McCown is the better choice when compared to Manziel. But the fact is Cleveland is now 2 – 8, and the possibility of the team qualifying for the further rounds is very low. So it will be a good idea to give rest to the veteran player and then test the new players like Manziel who are waiting to show their talent. This will increase the team’s opportunity to choose better players in the upcoming matches when such matches are used as a test for them.

This chance is offered to Manziel mainly due to the performance against the Steelers where he recorded his career high of 372 yards with just a single touchdown, and he completed the 73.3% of his passes too in a successful manner. This player is 22 years old and has got only five career starts. At the same time, McCown has got a rib injury, and in this scenario, the above-mentioned decision is very apt. A very important point that hinders the selection of Manziel is his maturity level and discipline in the ground as it is creating unnecessary troubles to the team in certain cases that is not a very good sign.